Tackling genres one by one 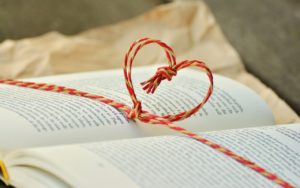 I’ve never met a genre I didn’t like so it’s not surprising that my next book takes a turn into yet another genre: Young Adult fiction. What did surprise me, however, was that I decided to tell an F/F story.

Earlier this year, I publicly came out as bisexual. It was something I had struggled with for a long time because all I saw portrayed in books, television and film was this gay-or-straight dichotomy. You had to choose one or the other. Ultimately, because I was more attracted to boys than girls, my adolescent mind assumed that meant I was straight.

Once I realized bisexuality was a real and valid sexuality, I was so entrenched in my “straight” identity that I couldn’t see myself as anything else. I had only been in serious relationships with men and therefore, and that meant I was straight. Or so I thought.

But reality is so different. There is so much room for interpretation in our labels. Even something as simple as “bisexual” means different things to different people. For example, I view it as the potential for attraction regardless of gender, and that includes transgender, agender and intersex folks. Many would call that pansexuality. To me, these terms mean the same thing. I just use the term I’m more familiar with. Many reserve bisexuality for attraction to two genders: male/female, and pansexuality for attraction to all genders. But the point is that *we* choose our labels. I choose to identify with the bi label and within that label there is also room for interpretation.

I’m so excited to share this book with you, but I have to wait for the official announcement from my publisher. In the meantime, here’s a small hint from the cover art:

I know, it’s not much, but trust me, it’s going to be worth the wait.